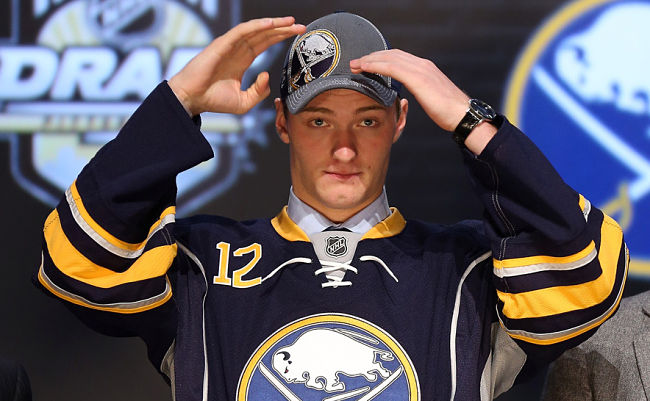 Grigorenko (6’3”, 200 lbs., 5/16/94) was selected by the Sabres with the 12th overall pick in the first-round of the 2012 NHL Entry Draft. The native of Khabarovsk, Russia is Buffalo’s highest forward selection since they took Thomas Vanek in 2003.

In 2011-12, Grigorenko scored 85 points (40+45) while picking up just 12 penalty minutes for the Quebec Remparts in his first QMJHL season. He led all first-year players in the league in goals and points, and was second in regular-season assists. Despite only playing in 59 games, Grigorenko scored 40 goals and 85 points.

This is a similar situation presented to the Sabres in 2010, with the signing of Tyler Myers. Mikhail Grigorenko will need to make the roster after the first 9 games of the regular season, or be sent back to the QMJHL Quebec Ramparts. Players under the age or 20 can only play at the NHL level, or be sent back to their Junior team. A player cannot play in the AHL under the age of 20.